A Minimal Solution for Running Pi-hole Docker Under Traefik

Ad blocking and privacy protection on the local network 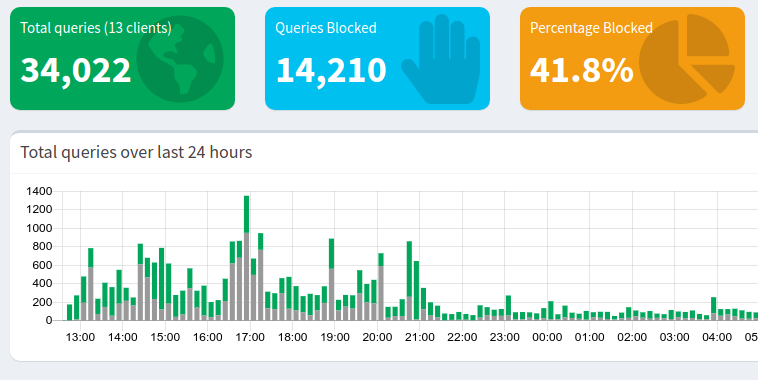 Pi-hole is a free and open source program that provides ad blocking and tracker blocking to everything on your local network. It even works with smart devices, like my Roku streaming box.

I run several of my local network services (such as git and wiki) as Docker containers on one host. A Traefik proxy multiplexes the services on this host. I wanted to add Pi-hole here.

There is a readily available, supported Pi-hole Docker image. That worked great for me.

I use Docker Compose to manage my Docker containers. I went looking for a docker-compose.yml file example on the net, but all the ones I found seemed unnecessarily complicated.

So, I thought I’d share my simple solution. Here it is:

I’m exposing the DNS resolver (network ports 53/tcp and 53/udp) directly on the Docker host. I’ve seen a lot of solutions that run those through the Traefik proxy. That’s unnecessary.

I am leaving the DHCP server (network port 67/udp) disabled, which is why you don’t see any configuration for it above. A lot of the solutions I saw run this service but that too usually is unnecessary. Your gateway/router already has a DHCP server. If it allows you to configure the DNS assignments then there isn’t any reason not to use that.

That leaves the web service (network port 80/tcp), which provides the administration screen. I do run that through the Traefik proxy.

The DNS setup in my gateway router has a static entry for “pihole.chez-rufus. lan”:

It’s an alias for the host that has all my Docker containers.

The VIRTUAL_HOST environment setting is defined as this host. So, when
a local user visits http://pihole.chez-rufus.lan/ they’ll get the Pi-hole administrative screen. 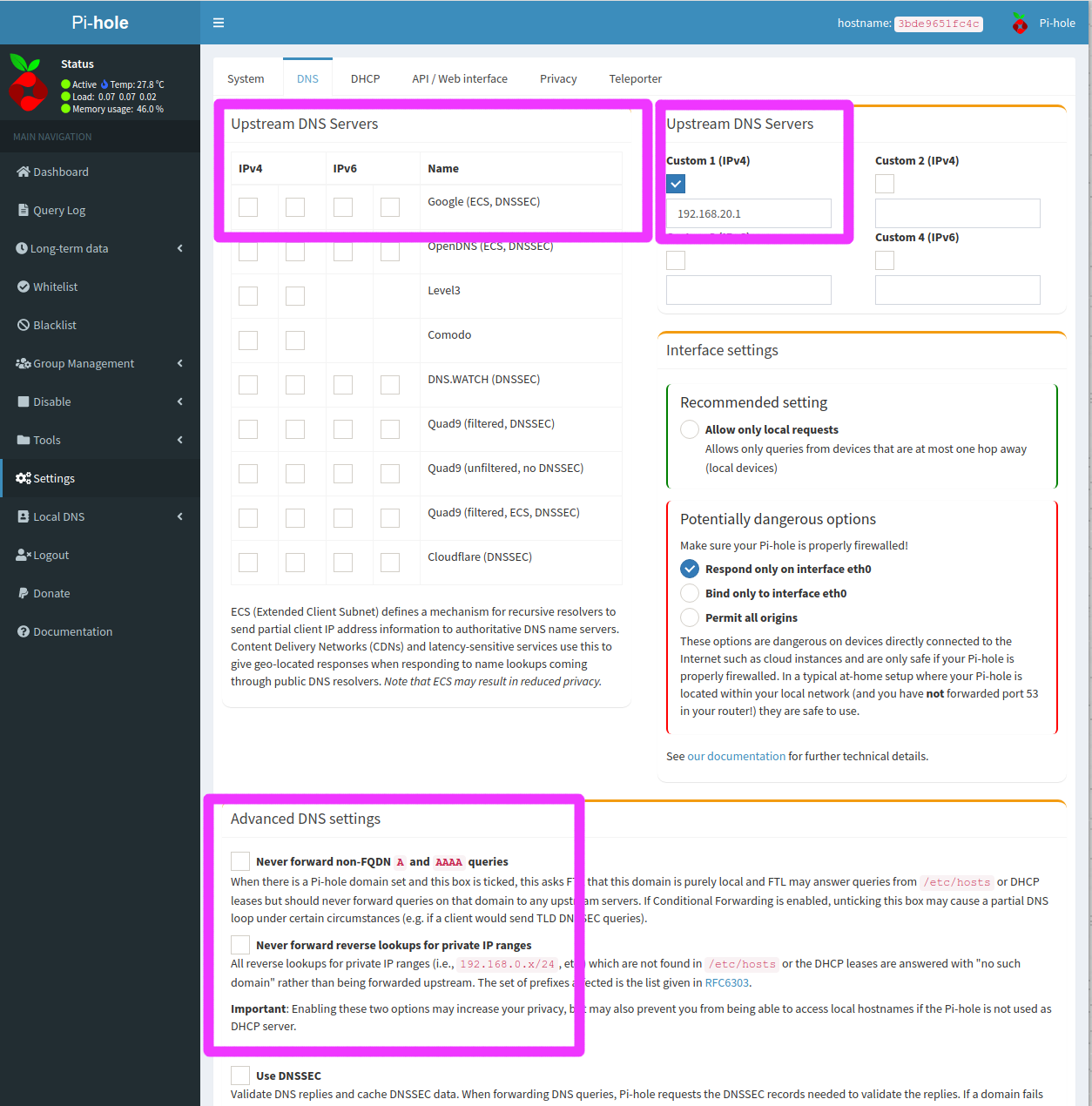 I made a few adjustments to the default Pi-hole DNS configuration, as shown to the right (click to enlarge).

With this setup, DNS requests are processed as follows:

The final change was to modify the DHCP configuration in my gateway router so network hosts were told to use the Pi-hole for DNS resolution, rather than the router itself.

With the setup complete, DNS request processing happens as shown in this sequence diagram:

My solution does require that DNS queries make one additional stop at the gateway router, for local resource resolution. That could be avoided by running DHCP on the Pi-hole. I didn’t want to do that. My gateway router has significantly higher uptime expectations than my Docker server, so I’d rather run DHCP there. The added overhead of this decision is small and worth the increased reliability.

The presented docker-compose.yml is a minimal solution for running Pi-Hole as a Docker container behind a Traefik proxy.

Greetings! I hope you had a most excellent 2022.

On Thursday, September 1, the Austin City Council is poised take a stand opposing book banning and library censorship. At...